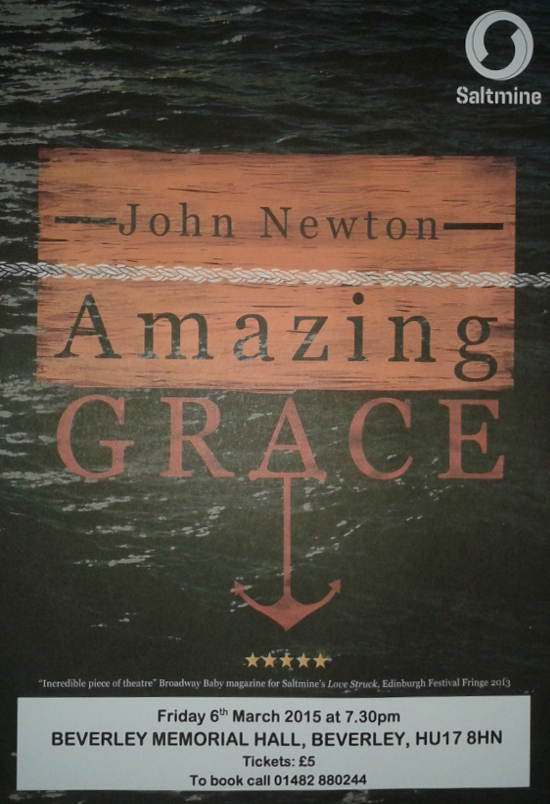 This is the story, told in an exciting Theatre Piece, of John Newton’s redemption from fearsome slave trader to Man of God and author of the hymn Amazing Grace. Friday 6th March 2015. 7:30 pm

Order Tickets OnLine Here  Or available at the Door on the night if not already sold out.

He had been press-ganged into the navy at a young age, then deserted to return to the girl he loved but was flogged for his efforts. John Newton feels he has nothing to live for. Making his way into the harsh world of the eighteenth century transatlantic slave trade, he makes his living as an abusive trafficker of human flesh. He is a man beyond redemption, making enemies of all he meets, on his way to hell. Then one stormy night, with his ship going down, he faces certain death…and nothing is the same again. This is a powerfully moving story of slavery, freedom and the remarkable power of love and grace to transform a life.