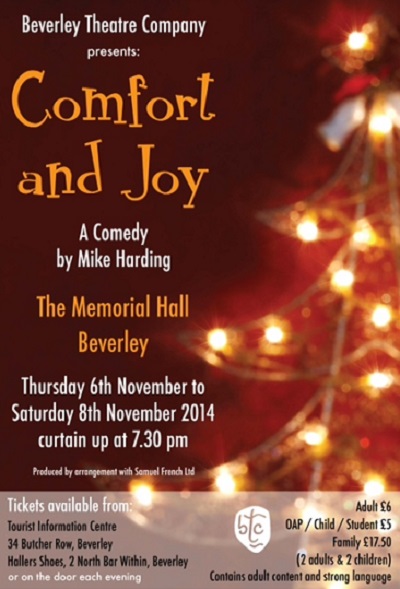 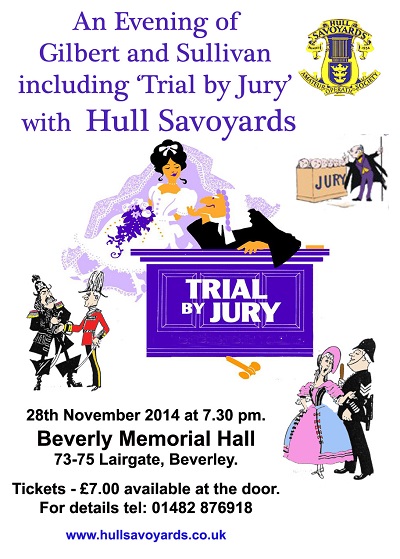 The first half of the concert will present a selection of Gilbert and Sullivan songs from the operas. The second half will be a costumed production of Trial by Jury.
7 pm start,   tickets £7

Synopsis: The court assembles for the sad case of Edwin, sued by Angelina for breach of promise of marriage. The usher urges the jurymen to be impartial; but when Edwin states his case, saying that he has fallen in love with someone else, the jury is unconvinced. The learned judge hurries in, mistakenly believing this to be a murder trial. He explains to the court the rather dubious route
that led him to become a judge. Angelina then arrives with her family, pathetically still wearing her wedding dress. She confides that she is really
after Edwin’s money but the court is completely taken in by her theatrical declarations of love. Led by her crafty counsel, Angelina literally throws
herself on the mercy of the foreman and then the judge. Edwin tries hard to extricate himself by first suggesting a compromise, that he will marry both
Angelina and his new love, and then saying that Angelina is lucky to be rid of him as he is violent when drunk. But this only leads to more objections.
In a hurry to get away, the judge suggests one final solution and that is _ _ _ _ _ _?